Do you already know these handy sentences from our A1 Dutch course?

Homepagina > Courses > Do you already know these handy sentences from our A1 Dutch course?

Did you just start taking our A1 course? Or have you been thinking about learning your first Dutch sentences? Then you’re probably eager to know what you’ll be able to talk about after finishing your first course!

While we didn’t want to drop any heavy grammar or spelling rules on you just yet, we thought it would be fun to give you a glimpse of the conversations you could be having after finishing your first Dutch course.

What are some common sentences you use when meeting people for the first time? And what vocabulary could you practice during a night out with classmates, colleagues, or friends? The following examples might be helpful. Try them out in your conversations with Dutch speakers!

Go from having a simple chat …

Imagine making a new friend or meeting a colleague for the first time. Typically, you’ll start a conversation by introducing yourself. You could say Hallo, ik heet … (= ‘Hello, my name is …’) and Hoe heet jij? (= ‘What’s your name?’). After the person has replied, you could add that it’s nice to meet them: Aangenaam!

When you run into a friend, classmate, or colleague, it’s easy to ask them how they’re doing in Dutch: Alles goed? Their response will probably be: Ja, prima. En met jou? (= ‘I’m good. How are you?’)

If you’re doing great, you could reply with hartstikke goed, uitstekend or fantastisch. Are you only having a so-so day? Then you could say: Het gaat wel. In case you’re having a horrible day, you could admit: Niet zo goed. Be aware that the Dutch are a pretty optimistic people though, so it’s always better to say you’re doing fine!

After chatting, you can say goodbye, depending on when you’ll see the person again. Dag is the simplest form of ‘bye’, but you could also say tot zo (= ‘see you in a bit’), tot later (= ‘see you later’), or tot morgen (= ‘see you tomorrow’).

‘Have a great evening’ or ‘Have a wonderful weekend’ is always nice to hear, so you could wish your friends, classmates or colleagues fijne avond or fijn weekend when saying your goodbyes.

… To having a fun night out!

Whether it’s with a group of classmates or with a friend, going somewhere together will definitely help you practice your Dutch! For example, you want to ask someone to go watch a movie tonight: Zullen we vanavond naar de film gaan?

If your friend is up for it, they could reply: Ja, leuk! They might even think it’s a great idea: Goed idee! If they already have plans, they could tell you: Nee, ik heb al een afspraak. And if, for some reason, they don’t enjoy going to the movies, they might say: Nee, dat vind ik niet leuk.

Your friends might also ask you to do something together, like joining them for a drink at the pub: We gaan naar een café. Ga je mee? At the pub, you can order a beer: Mag ik een biertje? Thank the waiter by saying: Dank je. They’ll tell you you’re welcome: Graag gedaan. Maybe one of your friends would like a beer as well. They might ask you how much a drink costs: Hoeveel kost een biertje?

When you’re tired and ready to call it a night, you could ask the waiter for the bill: Mag ik de rekening alsjeblieft? Your friends might wonder what time it is: Hoe laat is het? Your watch shows it’s a quarter to twelve, so you reply: Het is kwart voor twaalf. Tijd om naar huis te gaan (= ‘Time to head home’)!

Did you spot some new Dutch words in this post? Then you’ll be happy to know that you’ll learn a lot more during your A1 course.

Meeting someone new, making arrangements, and going out are topics that will be useful in everyday life. You’ll also learn about other vocabulary centered around the home, family, food and drinks, going shopping, and running errands.

In case you already knew all the vocabulary we mentioned, you probably want to take your Dutch to the next level! Have a look at our other courses and find out which one to take next.

We at Lest Best value your health and safety. That’s why, during the coronavirus outbreak, we’re taking some safety measures to keep giving you the best learning experience. 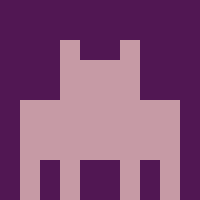